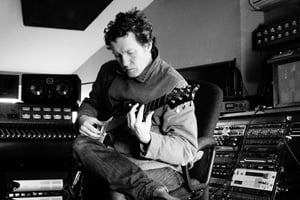 Tim has been in NAM studios recording for his forthcoming new Inside Out label album. Due out in the late Summer, the album is a follow-up to 2014’s acclaimed Abandoned Dancehall Dreams and features Bowness’s live band (including Porcupine Tree’s Colin Edwin), alongside Anna Phoebe, Peter Hammill, Andrew Keeling and other guests (to be announced shortly).