December 6, 2009
Between 1987-89, combining then contemporary technology with a spirit of adventure, the foundations for the more ethereal and atmospheric aspects of No-Man’s music were laid. 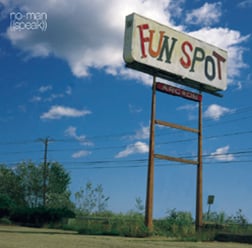 For Steven and me, this was a time of getting to know one another creatively and trying out whatever came into our heads, whenever it came into our heads. After years of separately struggling to fully articulate our ideas in other bands, No-Man provided a way for both of us to produce a music which flowed freely with no need for explanation.

Created beneath the radar of the record industry, and without any agenda other than to express certain feelings and musical concepts we had, what resulted was an intimate music that seemed to exist in a different world from much of the late 1980s scene which the songs were born into. As well as what ended up on Speak, this era also saw the genesis of later No-Man songs such as Angel Gets Caught In The Beauty Trap, Days In The Trees, Close Your Eyes and Bleed.

At the time, we were listening to a combination of Miles Davis, Scott Walker, Ambient, ECM Jazz, Minimalism, 1970s Progressive and Folk Rock and some contemporary music (This Mortal Coil, Dead Can Dance, Tom Waits, The Blue Nile, Kate Bush, Momus and David Sylvian spring to mind), but, mostly, we were very taken by a particular breed of primarily 1960s originated singer-songwriter (Nick Drake, Tim Buckley, Nico, Sandy Denny, Tim Hardin, John Martyn and so on). Eager to capture a bittersweet ‘Summer’s end’ feel, we wrote songs during this period that seemed to possess an aura of last chance wistfulness which belied our youth.

For the first year or two of the band’s life, on a monthly basis I’d travel by train from the Northern English metropolis of Warrington to its Southern equivalent, Hemel Hempstead, in order to spend weekends writing and recording with Steven. The time was precious and despite spending endless hours talking about music, literature and when exactly we were going to eat (and where), we always seemed to put it to productive use.

By 1989, excited by the possibilities of what we’d come up with, we made the inevitable decision to move to London and take the band more seriously. As interesting as what we did next was, there was no doubt that a certain innocence had been lost. A formerly studio-based band, we found out the hard way that the realities of making music work live necessitated compromise. The delight of getting high-profile contracts with One Little Indian, Epic/Sony and Hit & Run was constantly tempered by the onset of commercial pressures we were both unused to. By 1997, I made the decision to leave London.

Although I think all of our 1990s albums had something of interest about them, for me, it wasn’t until the 1998 Carolina Skeletons EP that we seemed to totally recapture the original, unfettered spirit of No-Man. Whatever that is, of course.

The 1999 vocal re-recordings and re-mixing for Speak were completed in the spontaneous fashion of the original recordings. After Steven spent a week or so transferring the 1980s analogue tapes to 1990s digital studio, I recorded the album’s vocals in one session. The album was ready for release a month after we’d originally discussed the idea of making it.

There’s no doubt in my mind that the Speak re-experience profoundly affected our ways of thinking and doing things, paving the way for much of the band’s output in the 2000s. Without the re-recorded Speak, there may well have been no Returning Jesus or Together We’re Stranger.

Listen to Riverrun from Speak © no-man

Visit the Speak page at last.fm