The following comprises Tim’s review of Bish Bosh and an unedited and expanded version of Tim’s contribution to a Scott Walker article by Dom Lawson.

Both appear in Prog magazine‘s issue # 33

What was so remarkable about those first four Scott Walker solo albums? What were the earliest signs that he was an artist with a progressive mindset?

One way to describe what he did was that he made Easy Listening a distinctly uneasy experience.

His lyric writing was intricate and impressionistic, and he gave real depth and compassion to a style of music which seemed to thrive on faking emotions.

Compositionally, he managed to sneak elements of Debussy, Brel and mid-20th Century Classical avant-garde into a comparatively staid genre.

Sinatra’s work with Rod McKuen and his concept album Watertown are about the only comparable things from the late 1960s, I think. Maybe Richard Harris’s work with Jimmy Webb as well.

As early as the mid-1960s, you can hear elements of his solo work in the songs he wrote for The Walker Brothers (Genevieve, Mrs Murphy etc).

What is it about Scott’s voice that resonates so deeply with people?

In the 1960s he conveyed his lyrics in a melodic, semi-conversational style that I think people felt reassured by. His voice had a wonderfully rich and expansive quality to it as well.

From a personal point of view, it was the whole package that appealed, the voice, the lyrics, the album covers and the great orchestral arrangements.

What are your favourite Scott Walker songs from that earlier period (and why)?

Two Weeks Since You Left, Angels Of Ashes, Big Louise, On Your Own Again, Boychild and lots of others.

They all have a deeply nostalgic quality that draws me in, plus some wonderfully poetic lyrics. The feel of the first four albums is quite cinematic and the songs are like widescreen adaptations of beautifully crafted short stories.

In terms of his influence on what I do, his lyrics for the likes of Scott 3 and Scott 4 had a strong impact on what I did in the 1980s. I loved his way of elegantly and sympathetically writing about small, lonely lives adrift in the big city.

Some very early no-man tracks bear a strong Walker imprint. One, Curtain Dream, I like a lot. Another, The Girl From Missouri, is possibly the worse thing the band has ever done. It aimed for Scott 3, but ended up sounding like a pompous Tom Jones waltz from Hell!

From Nite Flights onwards, SW was operating in a field of one…how do you feel about his material since then? What did you think when you first heard Tilt?

I loved Tilt when it came out and I still love it. He took the style of Nite Flites and Climate Of Hunter several stages further. Patriot (A Single) is beautiful and frightening at the same time and is one of my favourite Scott Walker pieces.

David Bowie’s brilliant Outside, from 1995, is one of the few things that operates in a similar area to late period Scott Walker, I think.

Compared to The Drift and Bish Bosch, Tilt now sounds like MOR to me.

The Drift was a genuinely terrifying album at times…how do we even describe the music on that record? And how do you feel about Scott’s voice these days?

There’s a lot of humour in his music as well as a sense of terror, I think.

One of Walker’s strengths is that he’s definitely pushing people to come up with adequate descriptions of what he does. Standard reviews can’t quite contain the myriad references and the level of detail in his music.

He strikes me as quite a balanced man, so I’m sure he’s amused by the intensity of some of the reviews his work generates.

As he’s got more comfortable with himself and gained more control over his output, his voice and music have definitely got less comfortable to listen to. I suspect this is because the voice is serving the lyrics, which are uncompromising to say the least.

Have you heard Bish Bosch? If so, what are your thoughts? Can music so flagrantly impenetrable be enjoyable to listen to?

I have and it can, I think.

Bish Bosch is more diverse and dynamic than The Drift, so in some ways it’s an easier listen because there are more obvious nods to compositional structure and development.

Being totally honest, Drift and Bish Bosch are albums I admire more than love. That said, I do like them a lot and I’m constantly surprised by them as ‘album experiences’. They definitely reward repeated listening.

In my opinion, very. He’s Progressive in both the traditional and genuine senses of the word.

On a traditional level, we’re talking about a cross-genre music which draws its references from many different sources (literary and cinematic as well as musical). It’s a very detailed music, using the cutting edge technology of its day, that has multiple shifts of mood, dynamics, texture, style and tempo. It’s also extremely dramatic and epic. All of those words could be used to describe the most Progressive work by Yes, VDGG or King Crimson etc.

In the ongoing sense of Progressive, Walker is an idealistic artist continuing to create a brave, constantly evolving sound that challenges an audience’s idea of what music can be and where it can go.

It’s great that at this point in Pop/Rock history someone can still make something so unexpected that goes against the grain of almost everything else surrounding it. That Walker is nearly 70 makes his achievements all the more remarkable.

We definitely need more wilfully difficult buggers like Scott around! 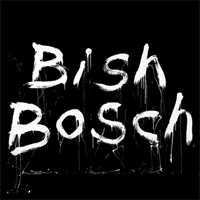 From being the golden boy of Pop to the man with the marmite voice, by any standards Scott Walker has followed an unconventional career path.

After the commercial failure of the highly personal ‘Scott 4′, Walker spent a period in the wilderness, drowning in booze and releasing a series of MOR albums for money.

By the late 1970s, record company disinterest in The Walker Brothers’ final album ‘Nite Flights’ allowed Scott the freedom to experiment for the first time in years. What resulted, a quartet of brilliant, lyrically abstruse Electro Art Rock songs, set the course for all his subsequent work.

Since 1978, Walker has issued four studio albums. Evolving from the pared-down nightmare narratives of ‘Nite Flites’, with each successive release Walker’s vision has got purer and stranger.

There are however moments of peace and beauty amidst the chaos; sweet melodies between the screams.

The ‘And nobody waited for, “Fire!” refrain on ‘The Day The Conducator Died’ is sublime. That it refers to Ceausescu’s execution only highlights its weird poignancy.

Although equally odd, Bish Bosch is more playful and diverse than Scott’s last album The Drift. The rhythms vary from relentless pummelling to Samba and Swing, and the guitars are more prominent. Scott’s voice – still great – occasionally varies from its stately upper register, and there are even jokes scattered among the dark ruminations.

The 21 minute ‘SDSS14+3B (Zircon, A Flagpole Sitter)’ contains the essence of the album in miniature. Dealing with a flagpole sitting dwarf and a dwarf planet, the lyric references Attila the Hun, Roman numerals and a Bunuel film. Confused? Me too.