The following is an unedited version of part of the interview that appeared in the December 2009 issue of Classic Rock Presents Prog (in which Tim was asked about the influence of Roy Harper):

Given his artistic and chart successes, Roy Harper definitely doesn’t get the credit he’s due from the UK press. If he’d been part of the Witchseason crowd, I’ve little doubt he’d have the same legendary status as Nick Drake and John Martyn. 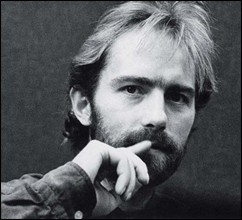 With his ability to effortlessly move from poetic tenderness to edgy intensity, in some ways, he’s a British equivalent to Neil Young. Also like Young, he’s constantly evolved musically while staying true to himself.

For me, he possesses the ambition of Pink Floyd, the uniquely British eccentricity of Peter Hammill, and the savage honesty of John Lennon.

I got into his music as a teenager, partly due to hearing two stunning covers of Another Day (one by This Mortal Coil, the other by Kate Bush and Peter Gabriel) and partly due to seeing him in the film, Made. I was immediately drawn to the evocative sadness that lies at the heart of many of his songs. I still am.

Harper’s influence on me:

Although his style is way more dramatic than mine, I’ve always responded to his emotional directness and the melancholy nature of his music. Some of what I do may have a kinship with his minimalist ballads such as Frozen Moment and Forever. His observational lyrics, Another Day immediately springs to mind, have also been a source of inspiration.

Harper’s albums most likely to appeal to a Prog fan:

The classic mid-1970’s offerings, HQ and Bullinamingvase, would be the Harper albums I’d recommend to a more traditional Prog fan. They’re both beautifully produced collections with a great deal of musical sophistication and ambition. In some ways, they’re Harper’s equivalents to the then contemporaneous Pink Floyd releases, Wish You Were Here and Animals. They possess the same instrumental lushness, epic scope and personal/political intensity. Although it’s not as highly rated, I also think the 22 minute Work Of Heart is a strong piece and a good place for a fan of adventurous music to start.

Along with When An Old Cricketer Leaves The Crease and the live version of Another Day, I think Twelve Hours Of Sunset represents the peak of Harper’s fruitful collaborations with arranger David Bedford.

A beautiful and atmospheric orchestral arrangement topped off with one of Harper’s most heartbreaking melodies and vocal performances. An ever so slowly evolving classic.

Another Day, Frozen Moment, When An Old Cricketer Leaves The Crease, Forever, Twelve Hours Of Sunset.

Bullinamingvase (1977) and the original Death Or Glory? (1992): A powerful, emotional response to the end of a relationship.