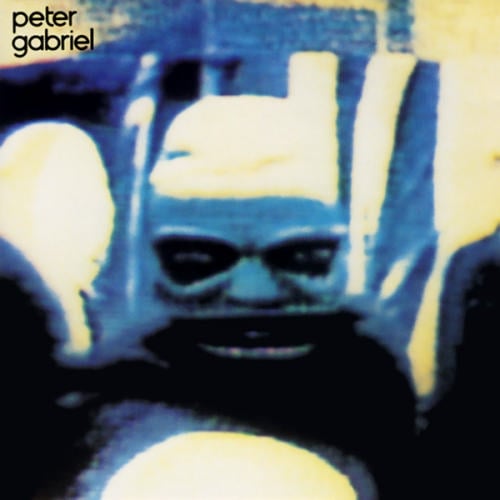 By 1982, Peter Gabriel was part of an elite group of ‘old wave’ musicians (including Bowie, Eno, Fripp, Hammill and Nelson) who’d managed the near impossible task of winning over the hostile Punk-obsessed media of the late 1970s and early 1980s. Appealing to sceptical Year Zero-ists, traditional Prog fans, and those interested in where music was heading, Gabriel had even been the subject of a South Bank Show (featuring an enthusiastic PG searching junk yards for things to hit!).

Gabriel’s 1977 debut was big and bold, and in Solsbury Hill and Here Comes The Flood contained two of his greatest anthems. His 1978 follow-up offered a blend of exquisite ballads and Punked-up Rockers with an uncompromisingly stark production and a Springteen-esque swagger. As good as the albums were and as successful as Gabriel had been in creating a new post-Genesis identity, both releases seemed more the result of Gabriel’s choice of producers (Bob Ezrin and Robert Fripp respectively) than a unified or personal vision.

With his third album (released in 1980), Gabriel transformed himself from fascinating outsider to musical prophet. Anticipating the tribal percussive assault of Post-Punk, the cinematic melodrama of New Romantic, and the World Music experiments of Paul Simon and others, Melt (as the album became known) showcased a new approach for Gabriel himself and for contemporary music as a whole. Writing songs from the rhythm upwards, Gabriel combined African drum patterns, New Wave guitars, synth experiments, Classical Minimalist repetition and politically charged lyrics in a way that redefined how Pop music could sound and what it could say.

Album number four had a lot to live up to.

Starting with two of Gabriel’s most ambitious pieces, The Rhythm Of The Heat and San Jacinto, from the off it was clear that PG4 was taking the promise and the core elements of Melt even further. Gabriel’s voice was full, throaty and emotional, and the music – sounding simultaneously ancient and ultra-modern – had more space to roam and a greater dynamic range.

Lyrics about Jung’s experiences in Africa, US cultural imperialism and the ritualistic nature of the seemingly mundane, mingled with the claustrophobic and poignant prisoner of conscience narrative of hymnal highlight Wallflower.

As on Melt, Gabriel’s use of revolutionary instruments (like the Fairlight CMI, the Linn Drum and the Stick) served to illuminate his song’s contents rather than swamp them with pointless novelty.

Like the album’s opening pieces, deep cuts Lay Your Hands On Me and The Family And The Fishing Net were as epic as anything Gabriel had written with Genesis, yet shared almost nothing of his former band’s musical vocabulary (or anybody else’s for that matter).

Postscript: Being limited to only 500 words meant that I left out quite a lot of my thoughts about the album (a good thing probably!). One crucial one for me was that the superb team of musicians PG surrounded himself with also deserved credit for the unique sound of the album. The likes of Tony Levin, David Rhodes and Jerry Marotta offered a highly distinctive and inventive ‘band’ sound that rooted the material and provided a real sense of sonic cohesion.