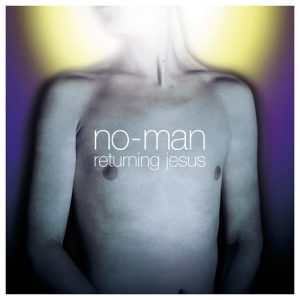 Returning Jesus received highly positive reviews in Mojo, Uncut, Billboard, Classic Rock and other publications at the time of its release and has continued to be seen by both critics and fans as one of the best albums produced by the duo of Tim Bowness and Steven Wilson (both currently enjoying successful solo careers, with Wilson recently reaching the Top 5 album charts in several countries).

The double CD edition contains the original album, plus a bonus CD of b-sides, demos and alternate versions. The double 180g vinyl edition is packaged in a gatefold sleeve and includes the album alongside a selection of EP tracks. Both formats feature additional artwork and photographs from regular no-man collaborator Carl Glover and sleeve notes by Tim Bowness.

Orders from Burning Shed include an exclusive postcard.