This time, in two tenses, a current account of the making of an album, rather than a retrospective one.

Composed, recorded, mixed and mastered between April 2006 and December 2010, Memories Of Machines’  Warm Winter is an album that carries more significant personal history with it than virtually any other in my catalogue.

Love (and hope) ending, love (and life) beginning, and the sense of submitting to something outside oneself are the predominant lyrical themes explored on the album, with each song evoking specific events and places in sometimes abstract and sometimes direct ways.

For me, what could have been an obvious, ethereal No-Man / Nosound hybrid relatively effortlessly became an accessible and compositionally solid album, with a great deal of heart and instrumental strength.
———

The idea of collaborating with Giancarlo Erra was first discussed in 2005 and initially took shape in October of that year.  We co-wrote a piece called Someone Starts To Fade Away (released on Nosound’s Lightdark album), which we felt possessed a raw, romantic openness that was distinct from both No-Man and Nosound.

While Giancarlo put Lightdark together, I mainly spent 2006 and 2007 either working with Alistair Murphy (The Curator) or writing demos for No-Man’s Schoolyard Ghosts.

Despite our distractions, we still managed the occasional Memories Of Machines writing session during this busy two year period.

“I want to play you
All the beautiful songs you should know.”

We started recording for what became Warm Winter in Rome in April 2006.

While preparing for some Italian performances, Giancarlo and I wrote two new pieces. One of the songs, Change Me Once Again, was openly sentimental in a way that ran counter to everything else we were doing at the time. It took us both by surprise. We spontaneously added it to the Tim Bowness / Nosound 2006 setlist and agreed that the piece was an ideal starting point for our proposed collaboration album.

In September, in the midst of an early Autumn heatwave in New York, we wrote two further pieces, Beautiful Songs You Should Know and At The Centre Of It All.

As before, the songs seemed to appear out of nowhere and seemed to have little to do with our other ongoing work.

Beautiful Songs, like Change Me Once Again, was awash with the optimism that comes at the start of a relationship (My Hotel Year this was not), while At The Centre Of It All was a sprawling, atmospheric piece with a more cynical, urban lyric.

Both pieces utilised the immense talents of cellist Marianne de Chastelaine (who I’d previously worked with in Samuel Smiles in 1996) and both were recorded in Jeffrey Sapara’s compact Greenwich Village apartment. Without doubt, Marianne’s virtuosity and the idyllic Manhattan setting added to the magic of a memorable musical experience.
———
Between 2007 and 2009, I submitted some of my demos in progress (including Schoolyard Ghosts and The Place Where You’d Hide) to Giancarlo and we subsequently met up in Norwich and Smalaland (Sweden) to write and record further material. Each meeting resulted in an immediate and positive outcome, with our stockpile of co-composed songs growing steadily.

The most remarkable aspect, beyond the fact that the material was written so quickly, was that almost all the melodies and instrumental contributions were epic and direct in a way that went against how we’d originally imagined a Bowness / Erra collaboration to be. I (slightly) sang out more than I’d done in years and Giancarlo’s latent ‘Guitar Hero’ tendencies impressively came to the fore.

Equally encouraging was that a strong album identity was evolving.
———
The Swedish session, in Stephen Bennett’s superb attic studio (as large as Jeffrey’s Manhattan apartment was small), produced the dark Something In Our Lives, the bittersweet Lucky You, Lucky Me and new vocal takes and overdubs for Beautiful Songs You Should Know, The Place Where You’d Hide and Schoolyard Ghosts (very different versions of the last four pieces were recorded by No-Man between 2007 and 2009).

If New York had been sun and sweat in extremis, the Swedish experience provided a calming, snow-covered contrast.

“Locate the silence,
Locate the core.
Forget the world you knew before”

In Norwich, we wrote the songs Warm Winter and Before We Fall, and completed the Soundscape drift, Lost And Found In The Digital World.

The last piece to be written for the album, Lost And Found developed from several Soundscapes CDRs that Robert Fripp kindly sent me in 2009 to do with as I pleased. I used some of the RF music on the Judy Dyble album I co-produced and co-wrote (Talking With Strangers), while the rest I’d intended to create a series of ‘VocalScape’ songs out of.

After hearing the start of one of my ‘VocalScape’ experiments, Giancarlo took the files away to develop the song further. I then asked UMA’s ace trumpeter Aleksei Saks to add some parts.

What resulted was an atypical piece about the constant distractions of contemporary life and an individual’s attempt to suppress ego and submit to something pure. Along with At The Centre Of It All and Schoolyard Ghosts, it turned out to be one of the few non-relationship songs written for Warm Winter. 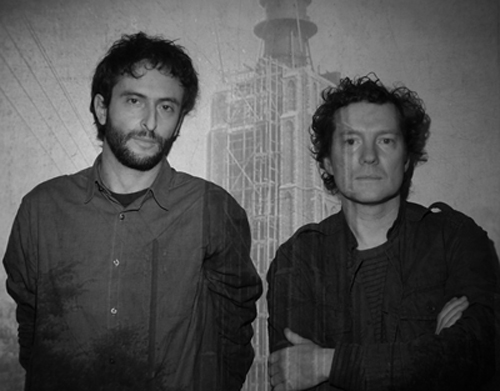 ———
“While all the people all around,
Find themselves and settle down,
The schoolyard ghosts that haunt your dreams,
Hold you back and make you feel unclean.”

Schoolyard Ghosts is possibly one of the most personal songs I’ve ever written.

A semi-autobiographical depiction of my time at secondary school, it was originally written alongside All Sweet Things, Streaming, Another Winter (the Truenorth intro), 26 Years and The Place Where You’d Hide as part of a larger conceptual work partly based on a school friend of mine who had been severely emotionally scarred by his adolescent experiences.

When recording the No-Man album of the same name, Steven didn’t much like the melody I’d written for the song, but thought the chords could be kept and used in a different way.

The larger concept was abandoned.
———
As is the 21st Century way, the guest performances on Warm Winter were contributed both in real time and via the internet.

The likes of Colin Edwin, Peter Hammill, Julianne Regan, Jim Matheos and Huxflux Nettermalm sent wonderful musical additions to us via the world wide web, while Steven Wilson, Marianne and the entirety of Nosound and Henry Fool worked directly in the studio with Giancarlo and I.

For me, the Huxflux and Julianne Regan contributions in particular took the music to a very different place.

Julianne’s beautiful, multi-layered backing vocals were quite unlike anything I’d worked with before, while Huxflux’s confident and sophisticated drumming boosted the album’s dynamics without sacrificing any of its subtleties.
——— 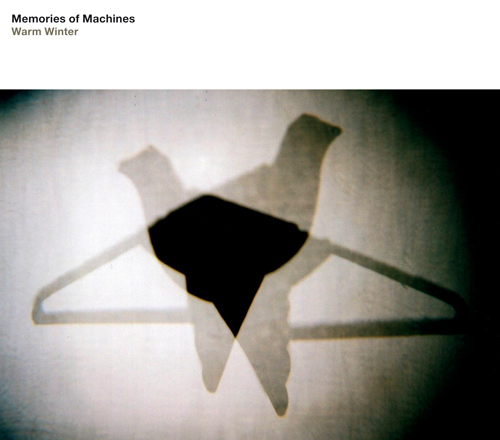 If the writing and recording was comparatively effortless, the process of song selection and mixing was considerably more complex.

We spent months picking what we believed to be the best material and placing it in a context we thought worked as a whole.

After several unsuccessful attempts at mixing the agreed song sequence, Steven Wilson was brought in to give the project a greater sense of sonic cohesion and to provide a more objective perspective on what we’d done.

As with his mixing on Anathema’s We’re Here Because We’re Here, Steven helped tie the pieces together even more effectively. For me, he gave the album a power and clarity it had previously lacked.

What began in the breezy Roman Spring of 2006 ended in the freezing British Winter of late 2010, with a series of band and album cover photographs taken by Katherine Mager.

Impressed with some of Katherine’s photography that we’d seen at an exhibition, we’d asked her (alongside Carl Glover) to help create a visual identity for Warm Winter that was removed from the typical No-Man and Nosound imagery.

Luckily for us, she obliged.

My personal perspective is that Warm Winter has a melodic richness and an (admittedly ambiguous) optimism that has been absent from much of my recent work. For me, Flowermouth and Returning Jesus were the last two releases that possessed these qualities. Compared with those albums though, Warm Winter offers a more organic sound and a more natural set of performances in keeping with later work such as Together We’re Stranger.

The album is evenly split between songs celebrating the desire to submit to something new, songs exploring the aftermath of collapsed dreams, and songs pitched somewhere in between those extremes.

The main link to our Nosound and No-Man pasts is contained in the music’s production sheen and its mood. The combination of Art Rock, Ambient, Chamber Classical and Dream Pop influences is also present and correct. Outside of that, perhaps more so than in most of our projects, a subtle Rock influence (particularly that of 1970s Pink Floyd) can be heard in aspects of the album’s sound.

As of January 2011, the initial responses to the finished work have been as positive as we’d hoped for. A new contract with large Dutch indie label Mascot is about to be signed and a mid-May 2011 release has been agreed on.

Now, as one of the lyrics says, “It’s time for letting go”.