The following are variations on the text from the Love And Endings ‘lyrics/song notes’ booklet:

The 2011 no-man band chemistry was as strong as any I’d experienced in 29 years of performing. 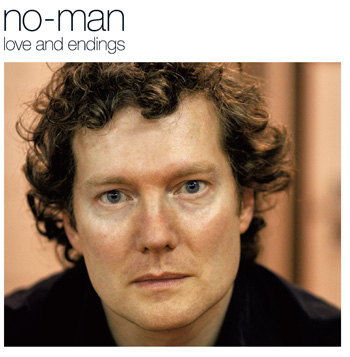 In a live context, certain songs felt immense in their sonic scale. As in the rehearsals, an element of creative surprise was ever-present.

Despite sounding unlike any previous incarnation of the band, for me, the resulting music seemed to definitively capture the essence of no-man, while also taking it somewhere new.

Despite its ominous title, Love And Endings sounds and feels like something of a re-birth of a musical project that after 25 years still means as much to me as it ever did.

My Revenge On Seattle

The lyric concerned an ailing relationship/friendship, the enduring pull of music, and the sometimes self-destructive instinct to withdraw from, rather than engage with, arising issues.

Feeling the original lyric was a little too abstract, I re-wrote a couple of lines for the new live version that I hope clarified the emotional centre of the song.

Freed from it’s original synth pulse, the live version of the song had a greater dynamic ebb and flow than its studio counterpart.

Pitched somewhere between The Time Machine, Harold Pinter and The Texas Chainsaw Massacre (I think!), the abstract lyric seems to be about dislocation, unprovoked cruelty, abduction and fear of the unknown.

The Wild Opera original was a sample-drenched atmospheric sketch of a piece, while live the piece unexpectedly evolved into a demented Swamp Rock assault on the senses.

All The Blue Changes

Dealing with the gradual letting go of cherished feelings/beliefs, All The Blue Changes is the second song on Together We’re Stranger and is perhaps better read in the context of the album.

Live, the song took on an epic life of its own, progressing from a gentle flutter to a relentlessly repeating wall of sound. Talk Talk possessed by the spirit of Steve Reich and The Velvet Underground? Regardless, as the lyrics to Mixtaped suggest, ‘Dare to believe in noise.’

Taking its cue from an Isaac Hayes sample, Pretty Genius is another track from the prolific sessions that spawned Wild Opera and Dry Cleaning Ray (with a lyric that more playfully foreshadows the Truenorth theme of positively overcoming a depressive state).

The live Pretty Genius was musically tougher, but retained much of the sweeping, blissful spirit of its studio counterpart.

Lighthouse developed from its simple opening guitar line. This was something I came up with on the ancient Squier Stratocaster (now owned by Michael Bearpark) Steven had used on many early no-man and Porcupine Tree recordings. The riff was also used on the Fish song Say It With Flowers.

Initially, the piece was a short ballad with a very different chorus called Song About The Heart. As with its Flowermouth equivalent Angel Gets Caught In The Beauty Trap, it quickly grew (and grew).

It took us 7 years to get the piece to a stage where we were happy with it. By that point, a vocal middle eight had been dropped and cheap drum machines had been replaced by Steve Jansen (whose improvised drumming on the organ section was a highlight of Returning Jesus for me).

In the 2011 live version, the vocal middle eight was restored with new lyrics. The new lyrics included the lines ‘the love and endings,’ which gave this album its name.

An idealised love song, Lighthouse focuses on that wonderfully human ability to hope for ‘the one’ even in the midst of romantic calamity.

Live, it’s always a thrilling experience to hear the band tackle Steven’s complex instrumental patterns in the centre of the song.

Composed on an old Farfisa organ (at home in Warrington, in 1987), this was one of the first songs I wrote on my own.

Recorded during a very early no-man session, Beaten By Love was amongst our darkest songs and featured a blistering white noise guitar solo from Steven and some anguished vocals from me (temporarily earning me the nickname of ‘The Groaner’ from Steven’s father!).

It was as close as we got to Swans/Nick Cave ‘Goth terror’ territory and had similarities to my dreadful mid-1980s solo project, Always The Stranger.

Subsequent renditions of the song by Samuel Smiles and Faultline (a Trip-Hop-ish take from 1994) worked, but didn’t seem quite right, being either too understated or too melodramatic.

This new version (with revised lyrics) began as an epic tribute to John Barry’s magnificent Bond theme tunes, but ended up as an atmospheric exploration of the core elements of the song.

Taking the three note bass line, four note motif and Andy’s hypnotic tribal drums as a starting point, something fresh emerged out of one of our oldest songs.

Wherever There Is Light

Wherever There Is Light – which emerged fully formed, seemingly from out of nowhere – was a very welcome last minute addition to Schoolyard Ghosts, and quickly became the most popular track on the album.

Although it could be almost any city and any time, the action of the lyric takes place in Manhattan in the mid-2000s.

From the beginning, something felt right about this song and live, bar the violin replacing the flute, the performance was faithful to what was released on SG.

‘Maestro’ Steve Bingham‘s fluid and lyrical solo was a particular highlight of this version. 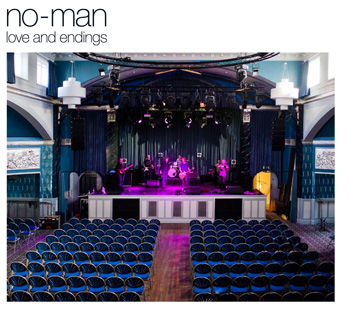 Haunted and deadly slow, Mixtaped developed out of a no-man rendition of my song Schoolyard Ghosts.

Steven changed the tempo of the original song and wrote a powerful coda to it, while I subsequently wrote entirely new lyrics and melodies to fit the changes.

Live, the song possessed even more of a slow-burning intensity and allowed for some wonderful (and wonderfully noisy) improvisational interplay between Steven, Michael Bearpark and ‘Maestro’ Bingham. Along with Andy Booker’s constantly shifting drum patterns, this ensured that no one performance was ever the same (in rehearsal, sound-check or on stage).

With its dark harmonies and sense of organised chaos, at various points, without in any way resembling them, I could hear the influences of King Crimson, Sigur Ros and Neil Young & Crazy Horse informing this aural assault. I may be wrong!

Musically out of place on Flowermouth, Things Change has more in common with the less electronic later no-man sound.

A song of (true) love lost, the combination of the evocative vocal verses and the tumultuous instrumental ending makes this one of my favourite no-man pieces.

The album title was chosen as many of the songs above deal with aspects of love and several have epic and unpredictable endings.

Throughout its performance history, with tracks like Swirl and Sweetheart Raw, no-man has always favoured the white noise finale and Things Change – written in 1993, but not played live until 2008 – has become perhaps the best example of this ongoing tendency to bow out with a bang rather than a whimper.

Love and Endings is available exclusively from Burning Shed