The following is something I wrote for the 10cc fan site regarding Kevin Godley’s involvement on Flowers At The Scene. It contains some sections from other writing I’ve done, but as it gives an overview of my interest in KG’s work, I thought it appropriate to add here.

For years I only listened to John Barry’s film music, hymns (courtesy of my stint in the school choir) and my parents hopelessly dated record collection (mainly comprising crooners of the 1950s and 1960s, such as Frank Sinatra, Andy Williams and Jack Jones).

Preferring Sinatra’s You Go To My Head, I didn’t understand my school friends’ enthusiasm for The Sweet’s Ballroom Blitz and Mud’s Tiger Feet, but at the age of 11 on hearing 10cc‘s I’m Not In Love, I finally ‘got’ Pop music.

The Thursday night ritual of Top Of The Pops usually left me cold (sorry Rubettes), but I’m Not In Love‘s spectral backing voices and the relaxed beauty of its rhythm and melody captivated me. By the mid-section ‘Big boys don’t cry’ breakdown, I was officially smitten (and genuinely moved). I returned from a weekend trip to John Menzies with ‘a little piece of plastic with a hole’. 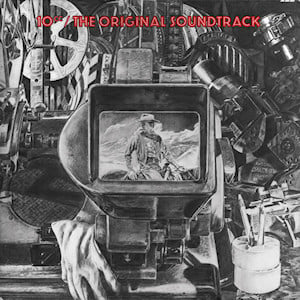 After playing I’m Not In Love and its equally devastating and ironic b-side – Good News – to death, I unexpectedly found the band’s current album The Original Soundtrack in a rack in my local Spar. One bout of irrational pre-teen begging later and, along with the Angel Delight, Golden Wonder and Smash, the goddamn album was mine.

Une Nuit A Paris was unlike anything I’d ever heard before, while Brand New Day and Flying Junk joined I’m Not Love as immediate favourites. I adored the cinematic sweep of the band’s music and the eccentric lyrics that were part silly, part sophisticated, but always brilliantly realised. Coming from Cheshire, the fact that this aural magic was being recorded 20 minutes from where I lived was also a source of fascination.

For years afterwards, I bought everything I could by the band and its offshoots (Consequences is a work of genius, I tells ya!). How Dare You’s Don’t Hang Up was the soundtrack to my parents constant marital meltdowns.

My liking for 10cc led me to discover the artists that influenced them (The Beatles, The Beach Boys, Frank Zappa) and then contemporary(ish) releases with a similar feel (Lennon‘s Mind Games and Wings’ Band On The Run).

The band’s love of ballads and multi-sectioned epics (all hail Feel The Benefit!) also paved the way for future interests including Progressive Rock and the artful Pop of Prefab Sprout, Thomas Dolby, Steely Dan and XTC.

The purpose of all the rambling above is to give a context for how special it was to be able to get Kevin Godley to sing on a song on my latest album (called Flowers At The Scene).

KG sung songs such as Somewhere In Hollywood, Art School Canteen, Cry, Fly Away, Hooligan Crane and Old Wild Men remain favourites for me and I feel Kevin possess’s one of the most affecting voices in Pop (Godley & Creme’s frequently innovative music is also criminally underrated in my opinion). 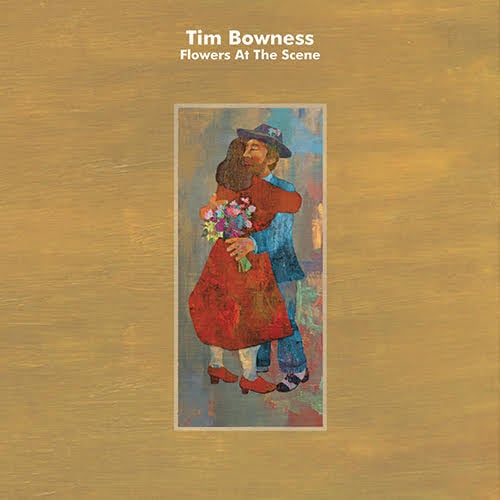 What Lies Here was the last song written for Flowers At The Scene. The lyric revolves around something / someone slipping beyond another’s grasp and my feeling was that it could be about a long-term relationship falling apart, the loss of youth, or the way in which children grow beyond their parent’s reach. In other words, chuckles aplenty! Feeling the piece needed another voice in addition to mine, Kevin immediately came to mind. He always did sad album closers very, very well!

Via a US publicist we both know, I managed to get the song to Kevin and, liking it, he agreed to sing on it. The recording took place in Kevin’s Dublin home and involved a couple of epic Skype calls, the sending of big boxes to the Emerald Isle, and at least one bit of expert advice from an engineer at Windmill Studios.

As hoped for, Kevin added rich layers of sadness and soul to the song (which also features some atmospheric guitar playing from XTC’s Andy Partridge), and was very conscientious in terms of his performance (offering variations and suggestions).

When it came to the final mix, in order to maintain the album’s sonic consistency, I opted to go for my lead vocal with Kevin’s gorgeous backing vocals as support. A version with Kevin singing all of the vocals had also been recorded and mixed, but as good as it was, ultimately it felt out of keeping with the rest of the recordings. Feeling it was a shame for it to go unheard, I decided to release Kevin’s version as part of an mp3 EP (to be given away with physical pre-orders for the main album). Kevin’s solo take is quite different from mine and has an R&B-tinged Aretha Franklin (if she’d been male and come from Prestwich!) quality.

As it did when I heard the great GG / 06 project in the mid-2000s, listening to Kevin’s voice on What Lies Here made me realise how much I’d missed it. Bring on Muscle Memory (and bring it on now!).