In selecting the Album Notes inspirations, I’ve partly been guided by what I feel I can say something interesting about.

With some artists, there’s just too much to say. Their careers are so complex and diverse that I find it difficult to succinctly sum up the artist, or their effect on my own work.

With other artists, it’s the opposite; there doesn’t seem enough to say. The artists’ careers are focused on fully realising a particular mood or set of ideas and their artistic evolution is so logical it seems superfluous to discuss. The music hits you or it doesn’t. For me, the likes of Talk Talk, The Blue Nile, Sigur Ros, Arvo Part, Durutti Column, Van Morrison and Philip Glass exemplify this approach to music making.

David Bowie, most certainly fits into the former category and I’ve unsuccessfully tried to write about his work ever since I started the Album Notes blog five years ago. 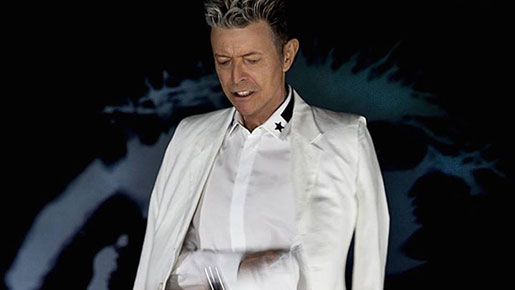 Bowie’s impact on innumerable artists, genres and journalists has been massive, and due to many articles and books about him, his every word, note and action have been dwelt upon in obsessive detail. Like The Beatles before him, he was one of the very few popular artists who genuinely changed the cultural landscape (several times in both cases). Also like The Beatles before him, it seems difficult to find a fresh critical angle to explore. For me, there never seemed to be a way of effectively or distinctively expressing his overall influence. Writing about Bowie also felt pointless in the light of the many excellent books and blogs about him and his music (David Buckley’s Strange Fascination, Nicholas Pegg’s comprehensive The Complete David Bowie, Dave Thompson’s thoughtful assessment of Bowie’s later work Hallo Spaceboy, and the excellent Pushing Ahead Of The Dame blog all come highly recommended).

Even though words seem incredibly cheap at this time, in the wake of Bowie’s sad passing, now seems as appropriate a moment as any to add a tiny something to the volumes of critiques and obituaries currently choking the web.

With such an eclectic back catalogue, Bowie’s music (and imagery) means many different things to many different people. As important as his music has been to me, I’ve often found it difficult to understand the elements of Bowie other fans hear and like. The outsider/alien persona never resonated with me (though I loved The Man Who Fell To Earth) and nor did the early career emphasis on fashion, drugs and shock. I always felt that just as Rock’N’Roll Animal was to the literary Lou Reed, Rebel Rebel was to the intensely private Bowie – an inaccurate and simplistic pigeonhole for a complicated man and artist. As amiable and intelligent as Bowie appeared in his later (early 2000s) interviews, ultimately he seemed unknowable.

Like many, I was fascinated by his frequent generic leaps and experiments (both almost always underpinned by traditionally strong songwriting), but I was mostly smitten by the powerfully emotional undercurrents in his work and his wonderfully expressive and adaptable voice. Bowie’s lyrics were frequently vague and enigmatic, but the personas and ideas that were scattered through his songs seemed to me to be a means of expressing a deeply personal emotional truth. For me, the carefully manufactured surfaces of Bowie’s music and his elaborate live performances revealed the human condition as honestly and directly as any straightforward and ‘sincere’ singer-songwriter. In this respect, the likes of Kate Bush, Robert Fripp and Peter Gabriel share a similar quality to Bowie. What all four brilliantly combine is skilful musical artistry and mystery with an essential core of humanity. 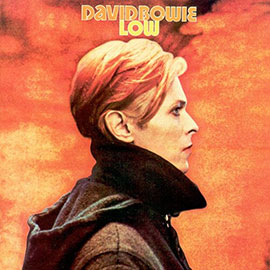 I discovered Bowie after buying a cheap Saudi Arabian cassette bootleg of Low from a school friend in 1977 or 1978, and I bought Scary Monsters on the day of its release in 1980 (which was something I continued to do with Bowie’s albums up to Blackstar). On first hearing the likes of Warzawa, Space Oddity and Life On Mars in the late 1970s, I was drawn to the intrinsic sadness and yearning I heard in the songs without really knowing why. There was always an exhilarating sense of discovery in listening to the best of Bowie’s music (the way he personalised radically diverse inspirations and brought out the best in his eclectic collaborators), but mingled amidst the ever-present adventure (and less recognised humour), as the piano coda to Life On Mars amply demonstrates, there was also an epic melancholy present in a lot of his work.

Bowie’s 2016 album Blackstar makes for a suitably restless, creative and satisfying full stop to a great career. From the breathtaking genre-shifting ambition of the 10 minute title track to the gorgeously wistful closing piece I Can’t Give Everything Away, the album possesses a dense, textured quality that marks it out as an album apart in Bowie’s rich back catalogue. An achievement in itself. A late Scott Walker influence is apparent on a couple of songs but isn’t overwhelming, and the much-discussed Jazz inspiration provides expressive ‘colouring’ more than anything else.

As he often did, Bowie makes distinctive and accessible ‘music’ out of ostensibly difficult sources of inspiration. Being a new variant on the wilfully inventive crooning Art Rocker of Station To Station, the Berlin trilogy, Scary Monsters and Outside, Blackstar represents the side of Bowie I’ve most responded to in the past. Like a lot of his strongest work, the music and singing is powerfully moving without being sentimental or obvious.

I listened to Blackstar for the first time the day before Bowie’s death. I liked it a lot and played I Can’t Give Everything Away a couple of times before going to sleep. Given the intimations of mortality in the album’s lyrics, waking up to hear of his death didn’t particularly surprise me. In Lazarus alone, there was a sense that this was a final statement. The unexpected ‘breakdown’ ending to I Can’t Give Everything Away further supported this impression. 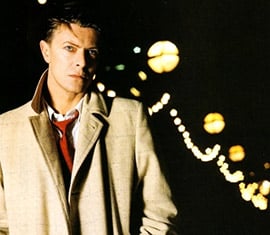 (and indulgently will!) choose dozens of Bowie’s songs that mean something to me from throughout his career (it’s sometimes forgotten that even during his mid-1980s slump, songs like Absolute Beginners, Loving The Alien, This Is Not America and When The Wind Blows were blessed with a rare ambition and stood out from the rest of the then contemporary Pop universe).

Selfishly, as a fan, it’s sad to think that Bowie will never release another album and that his glorious voice has been silenced, but he died in a dignified way with his career on a high and a supportive family surrounding him. Too soon gone and a tragedy for those close to him undoubtedly, but all in all not a bad way to bow out. 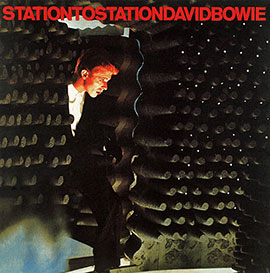 Station To Station
Wild Is The Wind
Always Crashing In The Same Car
Subterraneans
Heroes
Blackout
DJ
Ashes To Ashes
Fashion
Teenage Wildlife
Let’s Dance
This Is Not America
Loving The Alien
Absolute Beginners
As The World Falls Down
I Can’t Read
Jump They Say
Untitled No. 1
No Control
The Voyeur of Utter Destruction (as Beauty)
I’m Deranged
Thursday’s Child
Survive
Sunday
Slip Away
Bring Me The Disco King
Where Are We Now?
Blackstar
Lazarus
I Can’t Give Everything Away