Read a new interview with Tim – including discussion of collaborations and future projects. 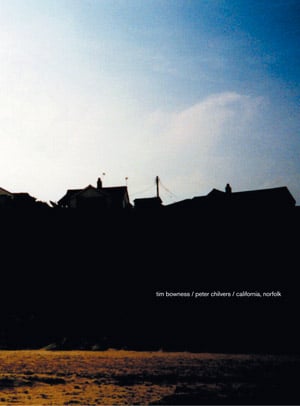 Burning Shed’s first ever official cd release, available online only, the album quickly sold out and has been available for inflated prices on Ebay for the best part of a decade.

From the orchestral sweep of Hostage to the cinematic ambition of the 10 minute Winter With You via the slow-building intensity of Days Turn Into Years, the album forms a coherent suite of musical short stories that rates amongst the duo’s strongest work.

Ballad Electronica, 21st Century Ambient Folk, or perhaps the soundtrack to the best film you’ve never seen, this 2013 double cd reissue features the original album (re-mastered by Michael Bearpark) plus Overstrand (a collection of alternate versions), unreleased material earmarked for a follow-up album, and an EP’s worth of live performances.

Pre-order for 28th October release. All pre-order copies come with an exclusive signed postcard. A free download of the alternative version of the 10 minute track Winter With You is now available on the pre-order link.

Listen to post-its from the 2013 deluxe edition of California, Norfolk