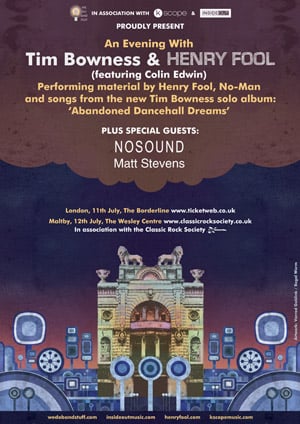 Tim will be playing a couple of live shows in July.