Along with the release of No-Man’s Love And Endings, April 2012 marks 30 years since I started singing in bands.

My Album Notes blog has two new and pretty comprehensive entries on both subjects, but as always, there’s a wealth of information that’s been left out.

As a result, much of this latest diary entry is a little like the extra features you find on dvd and blu-ray discs. So if you like deleted or extended scenes, this may well be the blog for you.

The new ‘Pre-History’ blog is a chronological account of all the bands I was in prior to meeting Steven Wilson in 1987 and forming what became no-man.

Between the bands mentioned however, there were quite a few ‘nearly’ projects.

One of the most intriguing of these was a collaboration between me, Mark Olly and a keyboardist/trumpet player who was part of the acclaimed Huddersfield University music and technology course.

In retrospect, all I can remember is that we spent several days in 1985 writing two very strange pieces.

One was an electronic pop song based on Schoenberg’s 12 tone theory (Pretentious? Very definitely!), while the other was a semi-Ambient multi-sectioned 20 minute epic that I remember being really excited by. In my memory, I hear beautiful keyboard sounds, forlorn trumpets, abrupt shifts of mood and a song that marked the beginning of the Angel Gets Caught In The Beauty Trap style of music making. The reality may have been very different, though!

After we’d written the pieces, we spent 14 hours solidly recording in the Huddersfield University studio, which was very well equipped for the time. We got as far as completing the basic keyboard and drum parts when a security guard kicked us out of the building at 7am in the morning. We suggested he allow us time to record the vocals, but one look at the enormous leopard skin drum kit in the centre of the room was enough to convince him that this trio of musical misfits should vacate the campus as soon as possible. Knowing how I’d have sung in the Summer of 1985, he was almost certainly right!

Due to various commitments, family developments and house moves, we never managed to get back in the studio and finish the songs off.

From the vantage point of 2012, I still remember the excitement of writing the pieces and what my hopes for them were, but have no memory of what any of the music actually sounded like. Perhaps some things are best left to the imagination.

The responses included a Talking Heads/Japan-esque band from Manchester, a political Punk trio, a Simple Minds influenced band from Urmston, a Catford-based Genesis flavoured group with an actual mellotron (!!), an electronic duo signed to Aura Records and Neo-Proggers, Gothique.

The bands from Urmston and Catford were interested in me joining, but probably due to reasons related to transport, I didn’t take anything further. The duo on Aura Records sounded ideal and we talked a great group over the telephone, but somehow in those pre-email days, we lost one another’s contact details.

That left my audition with Gothique.

I travelled from the North to the fabled streets of Biggleswade and Letchworth and was pleased to find a very professional band of good musicians with a sense of ambition. I passed the audition.

I loved (and still love) many of the 1960s/1970s Prog bands, but in 1984 my big passions were the music of Laurie Anderson, Scott Walker, The Smiths, This Mortal Coil,, Prefab Sprout, Kate Bush, David Sylvian, Steve Reich and so on. As such, the mix of a talented band in the Marillion mould and a pushy singer with a tendency to croon and growl probably wasn’t made for those (or any) times.

We performed one song together at the Letchworth Town Hall, supporting The Enid. I joined the band for its Progtastic 12 minute encore, which was intended to act as a means of introducing me gently to its audience. As was my way of the time, I barked like a loon throughout the piece. Despite that, it went down well with the capacity crowd. As I discovered three years later, one of the attendees was a certain Mr Steven Wilson, who was then in successful local band Karma.

I enjoyed the performance, but understandably, after my persistent attempts at trying to get everyone to consider a direction inspired by Climate Of Hunter, Brilliant Trees and It’ll End In Tears, the band were beginning to think they’d made the wrong choice.

Back to the North it was then. 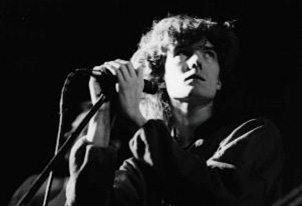 I’ve recently been writing and recording with Stephen Bennett for the long-delayed second Henry Fool album.

The latest additions have all been in the rhythm department and have come courtesy of Huxflux Nettermalm from Paatos and the soon to be legendary Stuart The Drum from Mulbarton.

Whereas the first album took early 1970s Prog, Jazz and Kraut Rock as starting points, the second is firmly pitched in the second half of the decade, with its musical cues coming from 1976-1980. Genesis (the love that dare not speak its name!), in particular.

Inevitably, that’s not the whole story in terms of the sonic, musical and, especially, vocal and lyrical approaches, but it gives an idea of the lush textures, complex chord progressions and song-orientated nature of the material. This is a very different Henry Fool from the mostly instrumental/Jam band featured on the band’s debut.

As with the first album, it’s been a lot of fun writing the material and deliberately working with a pre-determined palette of sounds. On this album, Solina string synths, polymoogs and Yamaha CS-80s and CP-70s figure more prominently than the Mellotron and the Hammond.

The sessions in between albums, recorded in 2003 and 2008, constitute an entirely instrumental body of work, which we intend to release as part of the Henry Fool debut album reissue.

I’ve also been writing with Jacob Holm Lupo and Andrew Keeling. The new music is a direct response to how happy we all felt with the songs Kansas Regrets and Twenty Turbines.

Jacob and Andrew are superb and sensitive musicians and I think the combination of Jacob’s innate good sense of arrangement and Andrew’s excellent orchestrations could produce something very special.

I’ve also been writing a lot more on guitar of late and I’m hoping that some of these new solo pieces will also be incorporated into the project (or a future no-man release).

The pleasing aspect about what I’m currently working on is that lyrically and musically, there have been surprises. Whereas last year’s Slow Electric and MoM albums were perhaps better and more confident versions of things I’d done before, the new Henry Fool, Great Moon Hoax and solo compositions represent a departure of sorts (for me, at least).

Like his last two solo albums and last year’s VDGG release A Grounding In Numbers, Peter Hammill’s new album Consequences is certainly one that can be counted amongst his better releases.

It contains some great backing vocals, some fresh ideas and at least two tracks that would make it on to my personal desert island PH collection (with the haunting Perfect Pose being my favourite). For a thirtieth solo album in his 63rd year, this is an impressive and inspiring achievement.

I met up socially with Peter at the beginning of April and we cordially discussed music, books, ‘the industry’ and Subbutteo (!) over tea.

For over two decades, I’ve worked with people whose music I’d grown up with, but it’s something that I never take for granted.

Dealing or working with the likes of Robert Fripp, Dave Stewart, PH, Steve Jansen and Bruce Kaphan remains a thrill.

Steven Wilson’s post GfD material is another reason to feel good about music.

Taking the more fanciful aspects of GfD even further, SW is now fearlessly taking his music into some fairly extreme territories and obviously enjoying himself greatly while doing it.

If there are explicit elements of 1970s experimental ideas in what he does, they’re all filtered through his own identity and contemporary production prowess.

For me, I’d say that GfD, his new work and Storm Corrosion are Steven’s way of saying it’s still possible to succeed on a large scale with remarkable music.