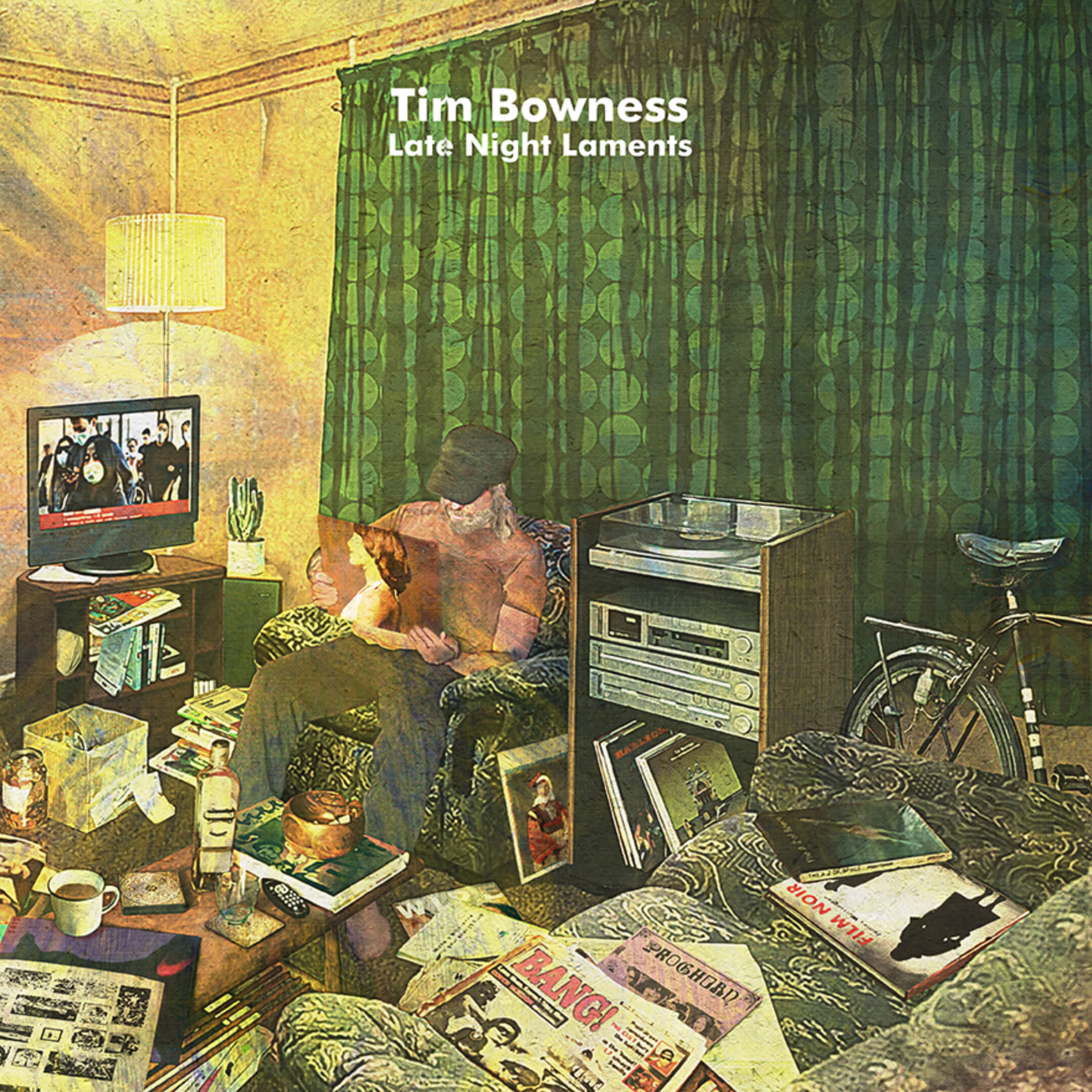 A collection of lush, atmospheric songs with a wide lyrical scope, Late Night Laments is the most intimate yet universal of Tim Bowness’s solo releases.

Available from burningshed.com/store/timbowness on black vinyl, as a limited double CD, and as a Burning Shed exclusive transparent blue vinyl version.

The bonus disc on the CD edition features five unreleased pieces, four from the LNL sessions and one - featuring Peter Hammill and Adam Holzman - a Flowers At The Scene outtake.

Co-produced by Bowness and Brian Hulse.