Part 1 – I’ve Seen The Future And It Works 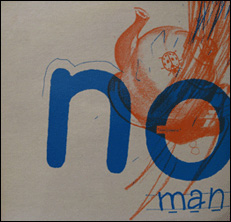 Originality and creative foresight can sometimes be an accidental combination of the right influences coming together at the right time.

For me, No-Man’s May 1990 recording of Colours was just that.

By taking the skeleton of a 1960s Donovan Folk anthem and underpinning it with a sample from a 1980s A Tribe Called Quest song (which itself was taken from a 1970s Lou Reed song), a future presented itself. By subsequently adding my croon, Ben’s inspired violin playing and Steven’s white noise guitar, I felt No-Man had found a sound of its own for the second time in its short career.

The ultra-spacious arrangement and combination of the rarefied (Classical and Ambient) with the Urban (Hip Hop and Noise Rock) seemed to suggest something very different from what surrounded it. Also, for perhaps the only time in my musical career, I could see how a strand of music might develop over time.

With their combination of unusual sample sources and refined textures, I felt No-Man tracks from the late 1980s/early 1990s like Colours, Days In The Trees and Drink Judas represented a development out of Hip Hop analogous to that of Pink Floyd’s Progressive Psychedelia coming out of the 1960s Blues revival, or Magazine’s Art Pop evolving from Punk.

My feeling was that the post-Hip Hop scene would become more sophisticated in terms of influences (adapting elements of Classical, Jazz and the Avant-Garde) and arrangement (sample manipulation becoming more specialised and complex). Massive Attack’s brilliant and majestic Unfinished Sympathy bore this out to a certain extent at the time, but it wasn’t until the mid-1990s when Trip Hop and Drum’n’Bass found popularity that these speculations played out on the larger scale I’d imagined they would.

The immediate popular culture around this phase of No-Man’s career saw the emergence of Grunge and the Indie Glam of Suede and The Auteurs (which morphed into Brit Pop), while my own personal playlist of contemporary artists included Talk Talk, Rain Tree Crow, Prefab Sprout, American Music Club, Momus and The Blue Nile.

Colours’ entire media campaign centred around sending 5 copies of the single, along with a semi-comic press release, to selected journalists we believed would see the band as an interesting contrast to the prevailing musical trends.

Chris Roberts at the Melody Maker (a respected writer for a prominent music paper of the time) made Colours Single Of The Week, and as the cliche goes, the phone started ringing.

Within the month, we’d signed to Hit & Run Publishing. Within two months, I was being interviewed on BBC Radio One’s Newsbeat.

In 1990, courtesy of its Genesis and Phil Collins catalogue/ownership, Hit & Run were the biggest independent publisher in the world. Bizarrely, No-Man were signed, along with Space, Right Said Fred and Kula Shaker, as a means of attracting that mythical creature, ‘the youth audience’.

As an admirer of Genesis and Peter Gabriel,  it was a thrill to be a part of the company and a surreal moment signing the contract with Tony Smith in a scene that almost exactly replicated a photo from Armando Gallo’s The Evolution Of A Rock Band (a book I’d greatly enjoyed as a teenager).

After a brief fling with Liverpool mavericks Probe Plus (a deal I got by just walking into their office on spec and playing a cassette) and several discussions with a number of big labels, One Little Indian became No-Man’s record label.

Steven and I both liked OLI bands Kitchens Of Distinction and The Sugarcubes, and Steven was also keen on the early work of The Shamen. An idealistic Indie with mainstream ambitions, the fit seemed good. 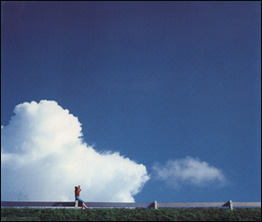 It was decided early on that Days In The Trees would be No-Man’s first single for One Little Indian. At six minutes plus and possessing a ferociously dissonant mid-section, for us, this was an important, uncompromising statement of intent.

With money and commitment behind us, we went into a variety of studios to record the song.

Many months later, no version or mix (including one done at Abbey Road) seemed right, so we opted for what we considered to be the best of the recordings.

Although I liked the artwork and the overall way the Days In The Trees EP worked (Reich is a piece I still love), I was disappointed with DITT itself, which never seemed as graceful as the song I heard in my head (an unreleased 2009 version contains what I consider to be the best vocal performance).

Despite my misgivings, the song was chosen as Single Of The Week in several places (Melody Maker, Sounds and Channel Four teletext amongst them) and the EP managed an Indie Top 20 chart placing. These things combined with sessions on the likes of Mark Radcliffe’s and Nicky Campbell’s radio shows bought us more recording time from OLI and a few successful performances on the then popular Indie Dance live circuit.

Lovesighs, the mini-album, emerged in much the same way as Days In The Trees; as a means of justifying the large amount of time and money we were spending in the studio trying to make our debut album, and as something for our performances to promote.

Ostensibly, a compilation of our early singles, Lovesighs also contained what we’d imagined would be a third single (Heartcheat Pop) and its b-side (Iris Murdoch Cut Me Up), as well as a piece we’d offered free to a magazine (Kiss Me Stupid).

As with Days In The Trees, I liked the raw ambition evident in some of these pieces (particularly Iris Murdoch Cut Me Up), but felt that the overall execution lacked finesse.

For me, the ideas were there but our technical abilities and the production didn’t quite match them. Perhaps the best thing about Lovesighs was that it showed a band equally at ease with Pop and experimental music, and as with Colours, an originality emerged as a result of the band’s root influences colliding with the technology and styles of the era in which the album was made. 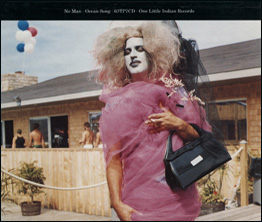 In the Autumn of 1992, to promote the release of the single Ocean Song, No-Man toured the UK with Jansen, Barbieri and Karn performing as its rhythm section. As fans of their innovative work with Japan/Rain Tree Crow and its solo offshoots, this was an undoubted honour.

Steven and I immediately struck up a friendship with Richard, and the trio’s professionalism and collective experience was a welcome addition to the world of No-Man.

Due to poor advertising, the concerts were variable in terms of attendance and a sell-out show would be followed by an almost empty hall.

The music worked well, but the overall experience was a little disillusioning for all involved.

Mick Karn and Ben Coleman, natural showmen both, played brilliantly and deservedly took the accolades throughout the tour.

Part 6 – Beauty And The Beat

By October 1992, we’d finished a version of Loveblows & Lovecries that we submitted to One Little Indian. This edition differs significantly from the released album and includes Ocean Song, Taking It Like A Man, a totally different take of Painting Paradise and the original (12 minute) Tulip. As far as I know, only two white label copies of this exist (with cover). 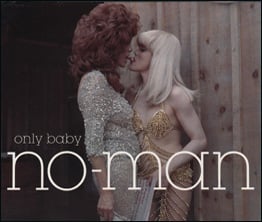 The album was rejected as being uncommercial and we were sent back to the studio with the task of coming up with a hit single. What we came up with instead was Only Baby.

We spent a week in the isolated Jacob’s Studio in Surrey re-recording songs and tidying up mixes. Well-rehearsed and well-prepared, we finished re-recording the songs quickly. Consequently, most of the time at Jacob’s was spent eating, sleeping, reading, talking to Jean-Jacques Burnel (The Stranglers were in Jacob’s other studio), and waiting to hear the results of the engineer’s all too common six hour ‘hi-hat adjustment’ marathons.

The album’s rejection helped us reassess what was originally there and improve upon it. The rough edges of Lovesighs (and the original L&L) were smoothed and a greater sense of cohesion was achieved.

A common misconception people make is that due to its lack of a reissue, Steven and I dislike L&L. I can’t speak for Steven, but then as now, I like its combination of beats, lush textures and floating melodies. The album may be slick and may have dated, but there’s a genuinely emotional quality to the material that I can still identify with. 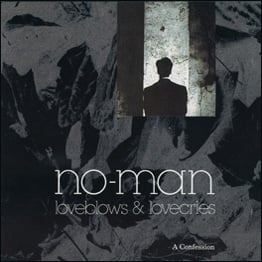 From its sweeping orchestral introduction through to its gently fluttering violin-led conclusion, the album contains many highlights for me, including the epic scope of Sweetheart Raw, Painting Paradise and Housekeeping, the melancholy melodies of Lovecry and Beautiful And Cruel, and the proto-Trip-Hop of Tulip and Break Heaven.

In an abstract way, the lyrics dealt with subjects as diverse as a friend’s nervous breakdown (Lovecry), a momentary incident that altered the course of a life forever (Sweetheart Raw) and my own unpredictable relationship of the time (Break Heaven).

Loveblows And Lovecries doesn’t have the scale and stripped-down fragility of Together We’re Stranger or the simple timelessness of Speak, but it does possess a bittersweet melodic character that I’m still fond of. The seeds of Flowermouth and the ballads on Wild Opera and Returning Jesus can be easily traced back to Loveblows. 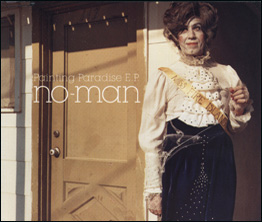 Although the critical reaction to the album was positive and radio sessions evolved into TV sessions, the Loveblows/Lovesighs era ended on a low with the forced release of Painting Paradise (revisited).

Only Baby had been an Indie Top 20 hit and One Little Indian felt that a sound-a-like follow-up could bring us greater recognition. A hastily re-written Painting Paradise (featuring a grafted on chorus from a much earlier song) was recorded with the then producer of then labelmates, The Shamen and Bjork. The result was presented to One Little Indian along with our serious reservations about releasing it.

As with the US single Taking It Like A Man, we were overruled.

One positive was that the b-side of Painting Paradise, Heaven Taste (a product of our brief liaison with JBK), was as ambitious and idealistic as its a-side wasn’t. Another, was that we resolved never to give in to record company pressure again.

Believing that it may be the last thing we’d do on a major scale, we decided that our next album would be wholly representative of what we wanted to achieve musically, regardless of the reactions.

Our second album advances and recording money were spent on home studio equipment and session performances from musicians we admired. From here on in, we were determined to guarantee total control.